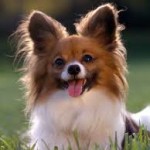 Here is a blog post/essay I did for Elephant Yoga. relevant for yogis and mediators alike.

According to The Yoga Sutras of Patanjali, Yoga is a practice that will stop the chatter of your mind*. I don’t know about your mind but knowing my own I’d say that’s a pretty tall order!

Never the less, most of us have found ourselves on the mat buying toilet paper, arguing with our boss or thinking about sex. And most of us have wondered why we keep doing that when we were supposed to be doing yoga! As much as we enjoy the bliss of being fully present, fully aware or mindful in our practice and in our life, we ever so often find ourselves caught up in memories, fantasies, auto-pilot perception or mental sleep walking.