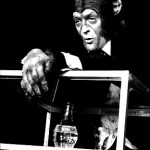 Salute to the monkey mind part 2: Kafka and becoming human

I had no other way, always presupposing that I couldn´t chose freedom”
(Franz Kafka)
Every now and then, we modern yogis need someone to mess with our heads. Franz Kafka is a man for that job. His short story “Report to an academy” makes beautiful use of our monkey theme to reflect on modern yoga and it´s relationship to the Nature/Culture divide. 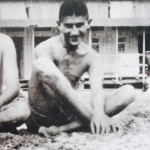 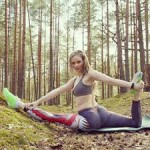 I´m sure most of us modern yogis have all subscribed to this yoga magazine in some way. Conciously or unconciously we are drawn to yoga as a practice of uncovering the natural, free animal in us. A s a yoga teacher I have definitely practiced and preached from idealized naturalness repeatedly over the years. Yoga is both practices and marketed as an opportunity to uncover the wilddeness within of rewilding the body. Walking in bare feet, eating raw, going on retreats in forests, mountains or beaches, opening our hips, balancing on our hands, breathing deep in the belly, cooking paleo, going into silence. It tastes like animal freedom.It helps us recover from stress, anxiety and fatigue. It´s undoubtedly nourishing for us to go into the wild and practice. But does a yoga holiday in the wild neccessarily help us with the human predicament of raising children in a polluted city, living a life in shoes or turning off the news with a pit in the stomach? Does it help us act when we encounter sufffering in ourselves and others?

“Rewilding” – at least in its commercial application – seems to be a rare privilege only accessible for the few. Not all of us have the opportunity to spend our life in silent self-reflection on a white beach drinking kale juice and learning to do a headstand every morning. Most of us are stuck in civilization’s hamster wheel, a cage of very real and often painful relationships to people, to nature, to power, to the body, to ourselves. Going “back to nature” has paradoxically become a privilege for the privileged. It takes resources to find a way out if the way out is to stop being human and attain purified naturalness. It takes time, money, pain, sweat and diet to keep up the strength and flexibility of a modern yoga-monkey.

How many of us modern yogis have not looked to yoga posture practice for a tension-free, liberated animal-like body? And we are willing to work hard to be able to afford yoga classes, workshops, super food, and yoga holidays in the silent wilderness. We take times away from our loved ones to work on our hanumanasana. And in between the holidays we overuse electronic devices, sleep too little, worry too much, fail to do anything about it and experience the pain of addiction to coffee, sugar, drugs, alcohol and other peoples opinion about us. Even the simple silly things like walking in high heels, carrying a bag on one shoulder or holding the belly in leaves a painful imprint in our enculturated human bodies. A pain of civilized restriction producing a dream of animal freedom. A trickle on our heels. A pain that make us long for going somewhere else, doing something else, being someone else. Someone more natural, more animal, more free perhaps? 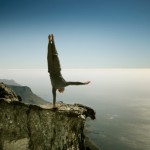 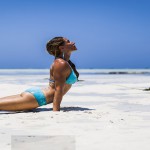 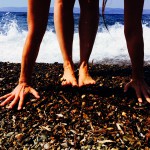 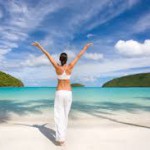