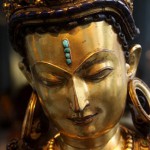 Where did that decision come from? We can´t know, really. But if i´m honest, it´s likely that some desire to to be a spiritual hero and feel better about myself was involved. My entry into yoga went through a teenage devotion to Buddhism where i acquired a a deep fascination with the Bodhisattva figure. Bodhisattvas are people who put the liberation of all sentient beings before their own. Rather than going straight to the state of liberation (nirvana) they commit to linger in in this world (samsara). Imagine filling a bottomless well of tears with the snow of loving kindness, one teaspoon at a time. For eons! That´s the Bodhisattva way. To dispel the miseries of the world, lifetime after lifetime until everybody is free. My favorite Bodhisattva was called Avalokitesvara, a being who was said to have been awakened by the cries of the world. The pain of other living beings was what caused “awakening “. At the age of 19 i thought that was über cool stuff ! I imagined awakening as something extrordinary and admirable. Thus, tere are good historical reasons why i have a preference for spiritual heroism (or its more modest cousin; moral commitment). 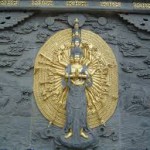 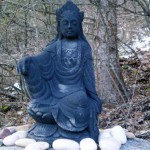 Worse still, I was fully aware that my crying did absolutely nothing for the world! (I actually managed to cry over that too if you can believe it!) Twenty years of spiritual practice and this was all I could come up with. A crybaby. If felt like a far cry from the Bodhisattvas I had been idolizing as a teenager.

Luckily I was in for some serious teaching in 2015. That year made it painfully clear to me that yoga is more than waiting for spiritual heroes (or waiting to become one). Opening the TV news continued to give me that throbbing pressure of anger in the throat, the abdominal wrench of guilt, that acid ache before the first tears, that sharp twitch of fear. No relief, just that shitty feeling. And as each sensation was a non-negotiable invitation to experience things as they were. Not as i expected them to be, not as i feared them to be, not as i hoped them to be. 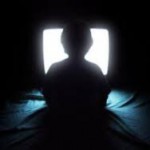 I tried to make the feeling go away. I turned off the Facebook-drama-queen-machine. Didn’t work. I tried to meditate (BTW never try to meditate, just sit). Well, it didn’t work either. I went into heated political debates. That made it worse! I told myself spiritual bedtime stories to feel better about the state of things. Didn’t work at all.

If I have to be honest I can best describe the decision to do that Lesvos retreat as a completely ordinary human reflex: A more or less unconscious move away from discomfort and towards comfort. It just felt bad to cancel so I found a way to go through with it that I could live with.

Acting on discomfort was not confined to yogic circles either. In Lesvos we met local business owners, families, and ordinary tourists who had spontaneously dropped whatever they were doing to help those in need. Some formed foundations, some canceled their flight home and stayed to help on the beaches, some passersby delivered a single day’s work, some organized collections of clothing and money from their home countries. Most of the people I met or heard of had no prior experience with humanitarian work and no idea what amazing things they were capable of before the disaster reached their backyard. In global perspective, their work were perhaps nothing more than a teaspoon of snow in an ocean of tears, but that recognition didn’t seem to block action. 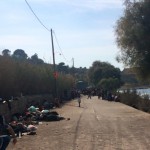 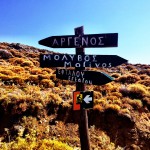 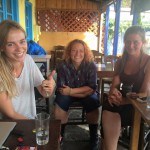 It is my belief that the amazing people I met in Greece did what they did because they were just that: Fully exposed. They chose to do what they did not because they were spiritual people or because they possessed some special heroic nature. They simply woke up in that uncomfortable place on that morning. They simply could not do anything other than respond to the situation exactly as they did. For most of us, this exposure was not available at that time. Action was not allowed to express itself in that particular way. It was not our doorstep (Not yet at least) so we did´n’t feel the impact in the same way they did. For example. I went home again after a week. And cried some more. No shame in that.

Its 2016 now. I´m planning the next lesvos retreat in May. Some people say i should have cancelled. I have no idea how it will go. I also have no idea what is meant by words like Bodhisattva or awakening. I am more clueless than ever when it comes to walking “the spiritual path”. After seeing those people in Lesvos I am beginning to suspect I already met a thousand Bodhisattvas in this lifetime but that I am too busy waiting for a hero in full lotus to actually notice. Apparently still not quite willing to expose myself to what is actually happening.

I can´t know for sure. But i suspect the story of Bodhisattva Avalokitesvara being awakened by the cries of the world is nothing other than a story of you and me being fully exposed to the TV news, to other people, to internal sensation. Or to the one in the mirror. 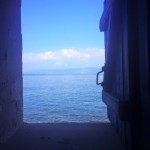