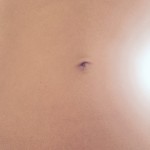 A dear friend recently wrote to me telling that her friends thought yoga was self-centered. In Denmark this has been argued passionately in news papers and social media. Is the roaring success of mindfulness and yoga in the west not just making us less engaged in other people and more absorbed in our own little practice of navel gazing? Are we using eastern traditions to justify a life that is basically revolving around self-improvement, self developmenet, self-care and self gratification?

I´m sure you can imagine the heat of that debate. Ouch!

In a workshop I recently attended with Genpo Roshi  the question came up again: How can we sit here and meditate when people with no future are surviving in lifeboats only a couple of hours away from here? What are we really doing in our so-called spiritual practice? Are we really making a difference?

This is where I typically give a long, ignited speech in defense of yoga and meditation. It starts with explaining how yoga returns us to innate sensitivity. How the wisdom of the body teaches us to act on what we feel rather than watch in apathy as the world goes to hell. I will argue that in the long run, yoga makes the world a better place. That people who dedicate themselves to this practice will change and become less self-absorbed in time. If you push me hard enough I may even say that if yoga is really so self-centered, it’s least a better form of self-centeredness than most others. That at least doing yoga does no harm to anyone! My bottom line argument is this idea that yoga basically makes us better people.

I´ll get to that speech in a minute (can´t help it) but first, i´d like to share a new perspective I got on this debate from Genpo´s teaching. In the workshop we took that discussion just a bit deeper than I do in my usual rants. Here is how he opened the enquiry:

YES!. Yes, it is kind of self-centered to spend decades meditating in a monestary. We humans are hugely self-absorbed. Look right around you. And don’t forget to look at the ones who are not spending decades of their life on meditation. Are “they” so much less self-centered than “we” who got on the spiritual trip? Are “we” less self centered than “them”? Look at the state of the planet, the distribution of wealth, what does it say about us? Are any of us human beings really free from self-centeredness? Even Mother Theresa probably got a little tiny kick out of helping others.

What??? No defense speech? No protection? Just the naked, vulnerable exposure of having to admit that we are as screwed up as anyone else. This got me thinking. Why is it that I give that defense speech so readily? Who am I really protecting when I argue that yoga makes us better people?  Yeah, guess who.

It is so easy to numb our colonial hangover by pointing fingers at those who seem even more self-indulgent than us. I am sure we can all agree that it feels good to assume that attachment to the self and all the need and greed that comes with it is found “out there” in them and not “in here” in me. Especially if we are yogis and subscribe to the idea that our practice is all about dropping the self.

Non-yogis can point fingers at those who are doing yoga and meditate. Yogis point back at those who buy big cars, those who collect Valentino shoes or those who own multinational corporations. We can all point fingers at everyone NOT sitting in a sinking lifeboat right now looking desperately into the horizon. But I suspect that will not be a viable solution.

So maybe we could go the other way. We could own our self-centeredness and deal with it accordingly. We can look our ego trip in the eye and recognize it for what it is. Yes, I’m self-centered! In fact, so much that I chose to stay here in the privileged part of the planet instead of leaving it to help where the other half lives. Yes I have chosen to spend most of my time on Earth attending to 1st world problems.

Hands in the air people! Let’s just own the oh so very human side of us that puts the self before everything else. No defense speech, no spiritual gloss. Why should my monthly charity donation, my Buddhist loving kindness practice, my dedication to teaching yoga give me a free pass to a seventh heaven where I can sit on a spiritual cloud and look down on the poor deluded ego-trippers of the world? Thinking yoga makes us better persons is perhaps nothing other than self-centeredness. And then, thinking our spiritual practice entitles us to  point fingers at others arrogance, greed, ignorance, aggression or egocentricity must be the ego trip that beats all ego trips.

When we drop defending ourselves then perhaps we will no longer need to hurt those we think are different form us. We will not need to project our own shit onto other people: People who meditate for years but keep on talking only about themselves, people who go on yoga retreats instead of opening a soup kitchen, people who buy electronic gadgets instead of sending the money to the Red Cross, people groom their corporate careers instead of building houses in Kathmandu valley, people breathe in oxygen and breathe out CO2 and thereby contribute to the destruction of the planet.

We point fingers at others because we cannot bear to look within. We cringe at the prospect of having to admit that we are just as hopelessly flawed as the rest of the human race. And so we wander through life pointing at “them”. Missing out on the opportunity to get to know and love what we most deeply are: Nothing other than this conditioned being consisting of this precise mixture of horror and wonder. Precisely this. Nothing better, nothing worse.

As said by Charlotte Joko Beck: “When nothing is special, everything can be”. When you discover that you are nothing special, nothing other than the rest, all of experience becomes special. Everything can be appreciated for being exactly what it is. Including yourself. There is nobody else you could be. There is nowhere else to point your finger. No defense speech needed. The boundary between inside and outside is wishful thinking.

Yoga may seem self-centered as it is a practice of continually looking deep within. But the space within is huge! In fact, it often shows to include everything that we thought was “not me”. When you have seen “within” for a while it seems that everything within is also without. And vice versa, what is outside of us is also inside: “Their” shit also “my” shit. Non-separable.

In that perspective the self seems like a tiny speck of dust floating within billions of galaxies. This does not mean that the self is not important. It just means there is more.
In that perspective, is it really worth the fight to have arguments and defend your self when someone says that yoga is just a big ego trip?

Here is an idea: When someone points their finger at you and says “self-centered”, just throw your hands in the air and say “guilty as charged”. And make sure you really mean it. Own it. Then perhaps there will be peace on earth, at least for the rest of that conversation. When we yogis take the bait, when we jump to defend ourselves with spiritual justifications we get more of the same shit: Self-centered, well-educated, privileged people discussing which one is on a bigger ego-trip.

Meanwhile, people with no future are surviving in lifeboats only a couple of hours away from here. I will spare you the pain of listing all the other horros that are happening right now.

So instead of talking about selflessness we can perhaps just do it?

We could begin demonstrating our lack of attachment to the self by dropping the defense speech when someone accuses us of being egocentric boheme hipster hippies.

Maybe we can just go: “Yeah, that’s right, spot on! There is just no end to our ego trip huh? … you want soy milk in your latte, right? Anything else I can get you?”

Throw in the towel in the ring. Lose the debate. Then life can move on and perhaps we can turn our indignation towards something worthwhile.